Time For A Course Correction? That’s What My Bad Media Rant Was About – Episode 122

You are here: Home / Podcast / Time For A Course Correction? That’s What My Bad Media Rant Was About – Episode 122

When it comes time to make a course correction in anything that we are doing, it can be a very disconcerting time. In the last episode, the course correction I announced must have seemed like an entire change of focus to many of you. I know that by the feedback I received via social media, especially in The Onion Juice Facebook Group. I get it. I didn’t intend to discourage any of you, I wanted to give you a tip about where I see things going. In this episode, I’m trying to clear up the confusion and give you some tips about making the course corrections that fit where your tribe is in their social media journey.

The feedback I received from my last episode – the one where I changed my tune a little bit and said that I actually DO think there are some types of bad media – was nothing short of amazing. I had people telling me that I confused them, that their entire media approach was now in question, and one person said they were wrecked by what I had to say. That was not my intention at all. I’m sorry to have discouraged anyone. My goal was to point out that things we have done thus far in our media approach to our businesses – that may have been working at one point – often stop working as the media landscape changes. What do you do then? You make a course correction. If you don’t, you will wind up wasting your efforts because less and less will come from them. So, in this episode, I’m making the attempt to get rid of the confusion by clarifying what I meant. I hope you’ll take the time to listen.

When I first started applying the idea that I needed to be a media company that happened to sell real estate, I produced a game on Facebook called Mathweg Monday Trivia. It was a blast to do and I had a lot of fun getting to know people in my area – Madison Wisconsin. My sole focus was to build relationships with people, which happened in spades. I also happened to get 30 to 40 home sales per year from the connections I made through the game. But somewhere along the line, the momentum that came from that approach to media began to change. I had to make a course correction or else I would suffer diminishing returns. In this episode, I want to help you evaluate your media efforts in order to thoughtfully determine whether it’s time for you to make a pivot.

Aspire to be a media company that happens to sell real estate? Then understand that the people who respond to you have something in common. Discover it and lead them

Being a media company that happens to sell real estate is about being a leader to a very specific group of people, you might call them your tribe. They are people who see the world the same way you do, care about the things that you care about, and want to work with people who are generally like them. The point of being a media company that happens to sell real estate is not that you get to have fun creating social media stuff. The point is that you use media as a tool to connect with the people who uniquely resonate with you and your message. But before you get the cart before the horse, you need to find the horse – and that is the cause you will champion that will draw your tribe to you. I explain this a lot better in the audio of this episode so make sure you take the time to listen.

A course correction is not a failure, it is the application of wisdom that allows you to make changes that will sustain your success

I fully expect that everyone who is striving to be a media company that happens to sell real estate will have to make changes in their media approach over time. Very few of us get our message and approach exactly right the first time. Even if we gained a lot of traction with our initial efforts we should still expect that we will have to pivot, at least in some ways, somewhere along the line in order to continue being effective. It’s not only because we are always refining our message, it is because people in the world change as time goes on. If we don’t change along with our culture and region we become the dinosaurs. Listen to this episode to learn what I’ve discovered about discovering the need for those kinds of impacting course corrections.

Resources and Links mentioned in this episode

You can find my personal real estate coaching website here

And connect with me on ANY of the following social channels. I LOVE social!

And finally, if you would be so kind – leave a rating and review for the Onion Juice podcast on Apple Podcasts (formerly iTunes) 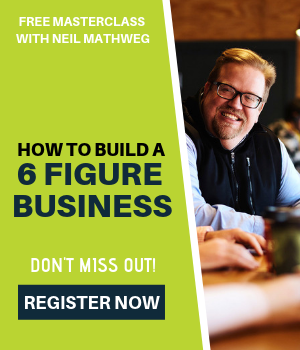